Vehicle Combatives: 3 Concealed Carry Lessons For Shooting In And Around Cars

We spend probably half of our lives in and around vehicles, yet we don’t really have the opportunity to work on any kind of combatives, defensive tactics, or firearms training around cars. These 3 Concealed Carry Lessons For Shooting In And Around Cars are paramount to a well rounded defense strategy.

(The military has been doing this for a while, obviously.)

It’s required in times of war and has been seen in our military through what they have accomplished with vehicles in Iraq and Afghanistan.

However, this type of training has just never been readily available to the average Joe.

People just don’t know how to apply their existing skill set in and around vehicles, which is what spawned creation of vehicle combatives programs such as that offered by expert close-quarters combat instructor Craig Douglas.

“Car Combat”: 3 Concealed Carry Lessons For Shooting In And Around Vehicles

Most people can understand the need for it when they consider how much time we spend around cars.

Any time you start to apply any kind of skill set in or around cars, getting out of cars, getting into cars, firearms around vehicles, etc., there is a real disconnect in the training.

There are some things you need to consider before you find yourself fighting in a car, or around vehicles as obstacles.

The time to face these issues is now, not when you’re being shot at.

#1: Most People Don’t Know How To Apply Their Existing Skills In Vehicles

Think about the majority of force on force training that takes place.

If you were taught, for example, to drop low into an Isosceles stance, draw your weapon so that it was indexed against your chest, and then bring your hands together to extend the weapon to the target… how will you do all that sitting in a vehicle?

Fighting in and around vehicles changes EVERYTHING and, if you haven’t conducted that kind of training, chances are good you’ll have no idea how to apply what you do know to that unique environment.

Most people have not even stopped to consider this fact, even though they spend so much time in cars or walking to and from them.

#2: The Usual “Draw Stroke” Does Not Apply

In the pre-fight component of Craig’s Extreme Close Quarters Combatives classes, there is a particular draw stroke that is taught.

Students must have that knowledge, and the instructor needs time to see them on a range before they get into shooting around cars.

There is an inherent risk of additional injury from ricochet in a live incident, but Craig’s vehicle combatives students don’t take any incoming fire.

When trying to conform to the vehicle as a piece of cover and shooting around it, there are a lot of incidental impacts, which is why two junk cars are required.

Even in simunitions training, it’s possible to put rounds into the feet of people watching.

In the real world, that would be an instant lawsuit.

#3: Multiple Complications Make Vehicle Combat And Training For It Much More Difficult

When you have the oppositional component and are able to train with a marking cartridge, you really start to see how accountable you are for every single round that leaves the muzzle.

Accountability and proficiency are important. This is an important addition to the 3 Concealed Carry Lessons For Shooting In And Around Cars

If you are shooting in and around vehicles, whether that vehicle is moving or not, one of the fundamental Jeff Cooper rules of firearm safety is to know your backstop and what’s beyond it.

3 Concealed Carry Lessons For Shooting In And Around Cars

Especially if you’re moving, your backstop is always changing.

In the beginning, you can shoot live fire on a stationary target only. Using simunition on a moving target is the safe way to practice.

Training in this manner is still really hairy, because one of the things you have to practice is firing across passengers.

Should rounds be coming into the car causing a passenger to panic, moving forward or back, there’s a particular way to manipulate the weapon and know how to pin the passenger in so they’re not moving into gunfire.

You have to learn how to keep the person pinned into the seat and out of the way while you’re returning fire.

Taken together, all of this means that vehicle combatives are much more complicated than simply shooting from within, around, or into a car.

There is a LOT to consider… and most people haven’t stopped to do that.

Have You Ever Considered How You Would Deploy Your Gun From A Vehicle?
How Do You Train For Vehicle Combatives?

Share Your Thoughts And Experiences With Us Now…3 Concealed Carry Lessons For Shooting In And Around Cars! 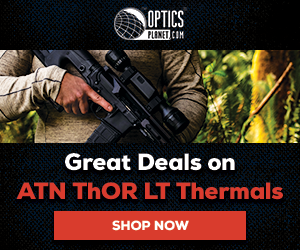 Get a quote For privates